Five “American-Zionist” Projects in our Region… The Stick is a Stick, and the Carrot is a Stick too!

The Arab region and the Middle East have always been arenas for Western projects, especially American-British-Zionist. Perhaps the most important of them is the “Greater Middle East Project” expressed by Shimon Peres in his book, which is not disconnected from what we will discuss in this article (we will devote a later article to comparison between the theoretical presentation in the Peres project and the practical applications that we are witnessing).

The prevailing feature of these projects was their secrecy, e.g., the American Alpha and later the Gamma plans towards Egypt in the 1950s. This secrecy is, of course, justified, at least in that era. They were conspiratorial projects based on a purely American-Zionist interest, and completely against the interest of the peoples of the region.

This feature has changed over the past few years in terms of form only, especially with the so-called “Abraham Accords”, that is, the agreements of normalization with the Zionist entity. “Overtness” has become an essential feature of Western projects. More precisely, what is meant by “overtness” here is the volume of overt media and political promotion of the concerned projects, while declaring part of their goals, not all goals and not the most important of course.

We review hereinbelow five political-economic-military projects designed for our region that have been promoted and worked on over the last five years. By this, we aim to highlight their commonalities on the one hand, and also to be able by grouping them together to better understand the comprehensive American-Zionist vision for our region and the policies used to achieve that vision. Additionally, and perhaps more importantly, grouping these projects together and studying them as terms within a comprehensive plan, then measuring the extent to which those terms are achieved, allows drawing some conclusions not only about the future of these individual projects, but also about the future of the West as a whole, and in particular the Zionist entity in our region.

As mentioned above, the individual projects that we will deal with here – though they are not of equal importance and are not all the projects being worked on – constitute the main terms of one comprehensive project. These projects are:

In August 2020, the UAE inaugurated the first of the normalization agreements with the Zionist entity, which later came to be known as the “Abraham Accords” and included Bahrain. Their subsequent effects extended to varying degrees of completing the required task towards Morocco, Oman, and Sudan.

Two years after this agreements wave, we can see their general outcome according to the following trends:

The Jordanian monarch was the first one to put out in the public the idea of ​​an Arab NATO. The idea does not differ in its essence and objectives from the “Abraham Accords”, but it constitutes the desired military aspect of these agreements. It is based on the establishment of some form of security alliances, at the center of which lies “Israel” and its American patron, and its troops are the Arab countries, especially the Gulf. The declared goal of the idea is to fight Iran, and the undeclared goal is to create a block that is globally hostile to China and Russia. Another undeclared goal is to create a highly tense, charged, and destructive regional situation, if possible, so that the bottom line will lead to the same outcome. Moreover, it serves the prospects of a broad American withdrawal from the entire region, so that this alliance establishes the succession of the Americans and achieving their goals at the lowest costs for the Americans within their global battle.

This idea, also, got nowhere, nor can it get anywhere. It has become crystal clear from the practical experience of the Gulf countries, especially Saudi Arabia and specifically in Yemen, that the Americans and Zionists have not offered anything, neither at the military and security levels, nor at the political level. In contrast, the Russians have been able to play the role of a trusted mediator by both the Iranians and Saudis, and have been able through this particular mediation to reach a near complete ceasefire in Yemen and a significant or complete decline in security threats to the Gulf countries.

Added to that is the Iranian and Saudi readiness to join both BRICS and Shanghai Cooperation Organization (SCO), as well as the intersection of their interests regarding the nature of desired international economic and political relations, particularly in the fields of petroleum and natural gas. All of this plays a role in bringing them closer, albeit through some difficulties. 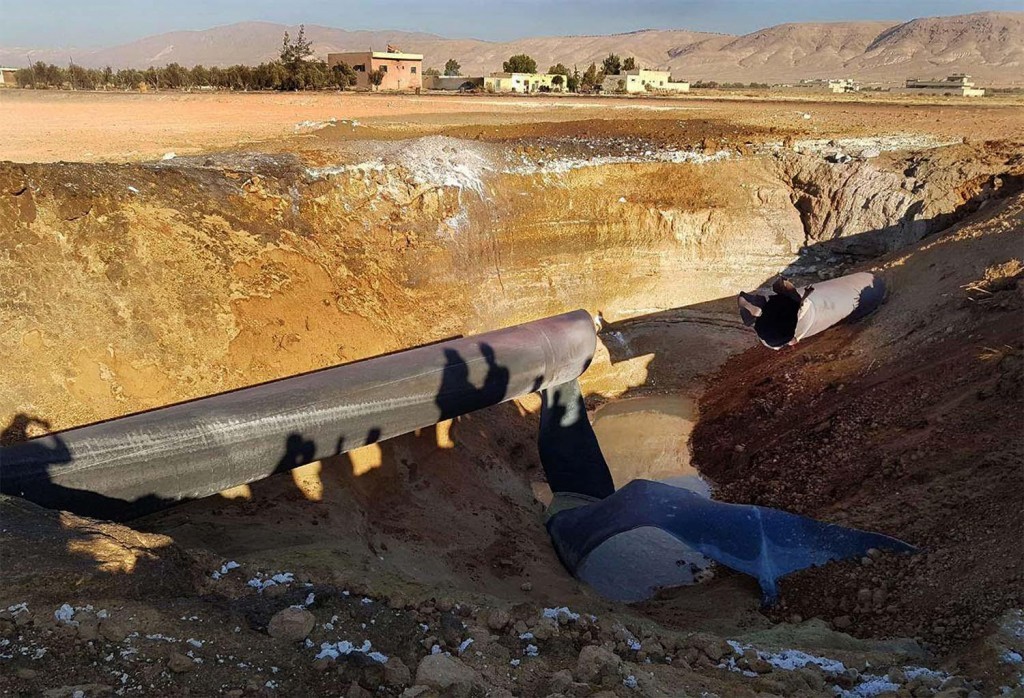 The Kassioun Research Unit has discussed at length the “Arab Gas Pipeline” file and looked at it from many angles: economic, historical, and political. Through the linked included herein, one can look at the entire file of these studies. What we can add in this context is the following:

What is new in the matter, other than the continued stumbling of the project despite all the hype around it, is that the US Congress has recently introduced amendments to the “Caesar Act” (one of the US laws imposing sanctions on Syria), which would undermine the possibility of realizing the project. More importantly, these amendments would raise the degree of blackmail in using it, as will be shown in the summary hereinbelow.

Kassioun has discussed in many articles the Western slogan of “changing the regime’s behavior” instead of “toppling” it. Here is a list of links to five of those articles that can sum up the overall view of the issue: article 1, article 2, article 3, article 4, and article 5 (this one is only available in Arabic).

What we can briefly say about the issue in the context of this article is the following:

Fifth: The “Jordanian Initiative for Solving the Syrian Crisis”

In its last issue, Kassioun took a preliminary look, among other files, at the latest Jordanian initiative (in Arabic) calling for an “Arab solution” to the Syrian crisis. We add here the following:

The five aforementioned projects are in the end one comprehensive project for the Arab and Middle East region. If we try to look for commonalities among these projects, and what they have or could achieve, we can see the following main trends:

All the projects that the West and its followers are touting in relation to our region are no longer projects designed for implementation, but rather projects that aim to impede the projects of others. These projects, collectively and individually, have no chances of being realized, and the same applies to those following the mirage of these projects.

arrow_forward The average cost of living for a Syrian family is 3.5 million SYP, on the gates of winter.. Refugees Return to the Media…While the Sweeping out of Syrians and Syria’s Bleeding Continue and Rise! arrow_back