The average cost of living for a Syrian family is 3.5 million SYP, on the gates of winter..

At the end of September 2022, when winter, which the vast majority of Syrians fear, is on the doorsteps, the average cost of living for a Syrian family of five exceeded 3.5 million Syrian Pounds barrier, according to Kassioun Cost of Living Index (while the minimum amounted to 2,234,339 Syrian Pounds), which leaves Syrian people victims of the new gap that separates these costs from the minimum wage in the country (which does not exceed 92,970 Syrian pounds).

Based on issue No. 1036, Kassioun has adopted a specific method in calculating the minimum cost of living for a Syrian family of five people. It is represented in calculating the minimum costs of the necessary food basket (based on the daily need of the individual for about 2,400 Calories [or kilocalories] from various food sources). That’s why , Kassioun relied on calculating the basic meal for the individual during one day that was formulated by the Innovation and Self-Reliance Conference of the General Federation of Trade Unions in 1987 through which the productive citizen obtains the calories that guarantee his life and reproduce his working power again), given that these food costs represent 60% of the total minimum cost of living for the family, while the remaining 40% represent the other necessary needs of the family (costs of Housing, transportation, education, clothing, health, household appliances, communications... etc. )

The rise has exceeded 76.3% since the beginning of the year... and wages are the same! 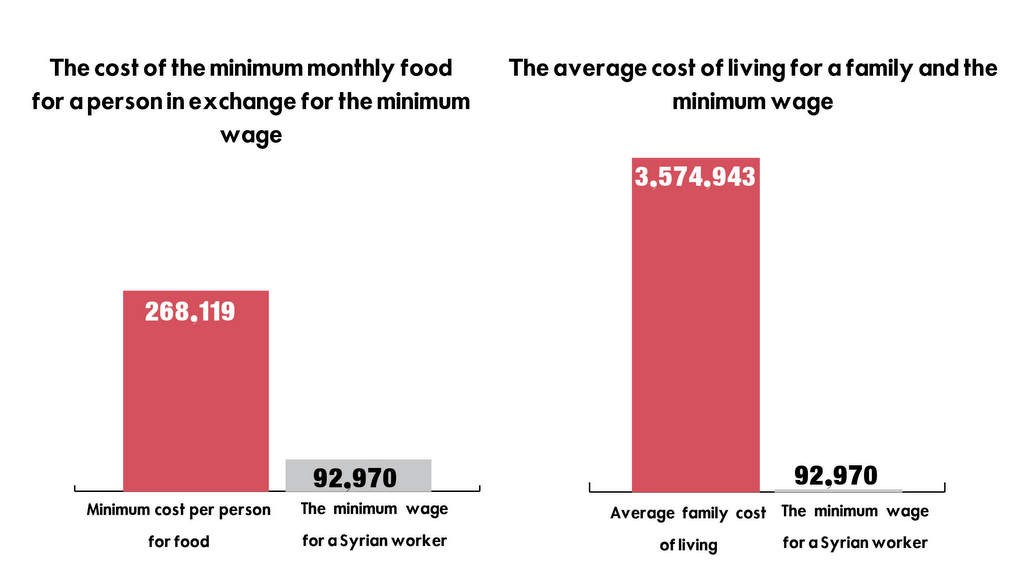 How the costs of the food basket have changed?

The minimum basic food cost for a family of five increased from 1,129,115 Syrian pounds per month for the family in July, to 1,340,604 pounds in September, depending on the prices of these ingredients in the popular markets in the capital, Damascus.

With the exception of bread, the rises affected all components of the food basket without exception, and we will start with fruits, which rose by 3% from last July's accounts, as the cost of 200 grams of fruits necessary for an individual per day moved from 1,300 pounds in July to 1,333 pounds in September. Then sweets, which rose by 22% over the July accounts, as the cost of 112 grams of necessary sweets per person per day exceeded 2,576 pounds, while it was 2,118 pounds last July. In the same way, the cost of 70 grams of rice per person per day rose from 438 SYP in July to 504 SYP in September, that is, it increased by nearly 15%. 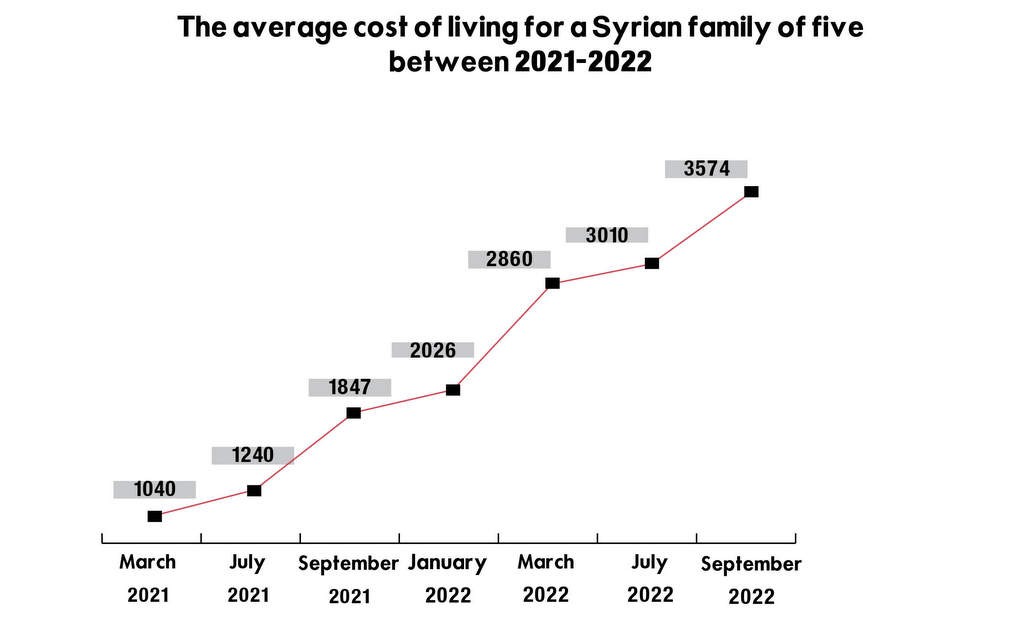 The minimum costs for other essential needs, which constitute 40% of the total cost of living (such as housing, transportation, education, clothing, health, household items, communications ... and others) increased from 752,743 pounds in July to 893,736 pounds in September, which means that it also increased by 19% during only three months. 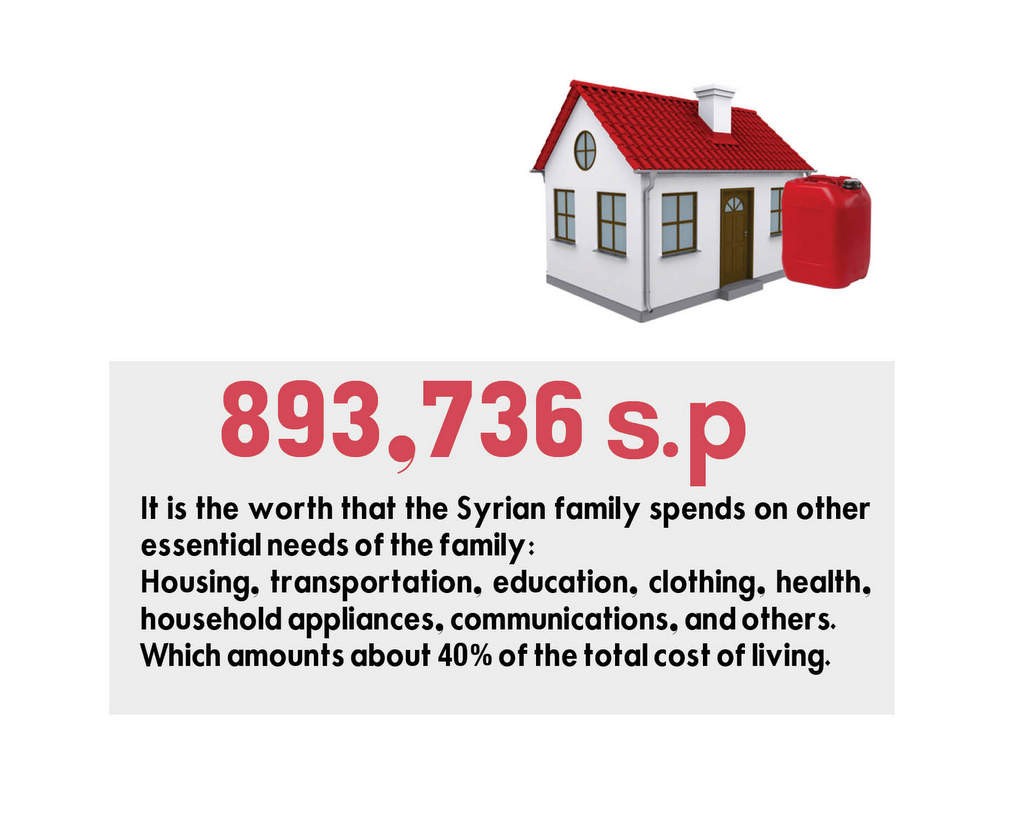 Last modified on Monday, 10 October 2022 15:50
arrow_forward Is the “Special Military Operation” Over? Five “American-Zionist” Projects in our Region… The Stick is a Stick, and the Carrot is a Stick too! arrow_back