Once again: “Changing the Regime’s Behavior” as a Western Slogan… A New Report on a “Breakthrough” Contingent On “Doing More”!

The Century Foundation, an American think tank based in New York, published on the fourth of this month a report titled “Syrian Prisoner Amnesty Could be a Breakthrough if Damascus is Ready to do More”.

The report bears confirmation of indicators that Kassioun had previously covered in several articles, in which it discussed the change in the Western slogan of “toppling the regime” to “changing the regime’s behavior”, looked into the Western intention from the latter slogan, and what it hides underneath it in terms of objectives relating to Syria and the region.

Publishing this report (the details of which we will look into in this article) indicates to the continued Western push in the same direction that we had clarified in the previous articles. However, the report also bears additional meanings relating to the timing and the context of the major international events during which it is published.

Since the major events that have preoccupied the world since February 24 of this year have put on the “media” back burner the Syrian file, the report itself might seem to be, the report itself may seem disconnected from the continuous context of the process of “changing the regime’s behavior”. Therefore, it is important to refresh recent memory, by recalling that context, and then to move on to processing the report itself, and to try to understand the messages and signals that it carries.

What did we say previously about “changing the regime’s behavior” and “normalizing with the regime”?

In previous articles, we looked at the various ways in which the West, especially the US, is trying to obtain gains that support its projects and interests in the region, especially its biggest project: namely, “Israel”. At that time, we shed light on what America and the West are doing – sometimes in cooperation with some Arab regimes – to achieve their interests under the slogans: “normalization with the regime” and “changing the regime’s behavior”, an added to which the slogan “step for step”, as primarily tools to circumvent implementation of the political solution through UNSC Resolution 2254.

In this context, among the circumventing tools emerged the so-called “Arab” gas pipeline project, and the accompanying attempts to show supposed rapprochement among the governments of the associated countries, and not any rapprochement, but rather a rapprochement sponsored by the World Bank and, of course, the US. We have devoted a number of articles on the subject, including a complete file by the Kassioun Research Unit on the so-called “Arab” gas pipeline. 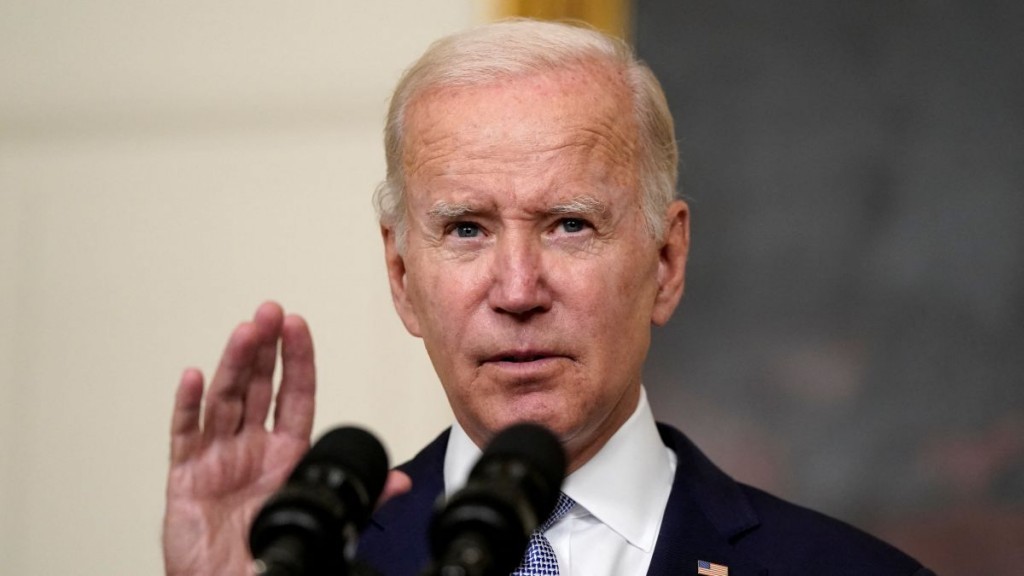 The indicators and steps we discussed in the aforementioned articles were very clear and were accompanied with widespread media coverage and interest. Some also started reading them within the framework of the UN Special envoy’s proposal of “step for step”, which was devoid of any content or the simplest features. However, as we noted in the beginning of this article, and for reasons relating to the international situation, things seemed as if the West and the US had suspended their work and efforts in the context of “normalization with the regime” and “changing the regime’s behavior”, and it was no longer on their radar amid their floundering to face the bigger more heated crises. The reality of the matter was not so.

The report “Syrian Prisoner Amnesty Could Be a Breakthrough – If Damascus Is Ready to Do More”, was published on the fourth of this month by a relatively small American think tank, based in New York, called the Century Foundation, founded in 1919 by an American businessman, Edward Filene, whose parents were German Jewish immigrants. The author of the report is Sam Heller, an American Syria “expert”, who resides in Beirut and travels extensively in the region, including Damascus, Turkey, and other countries in the region.

While the report focused on the issue of the amnesty decree issued by the Syrian regime last April, one can read something between the lines, specifically with regard to the development of Western tools in the context of incentives regarding the process of “normalization with the regime” and “changing the regime’s behavior”. The report also mentions incidentally, but several times, the subject of the “step for step” proposal, which in the content of this report includes two clear sides: the regime and the West. That is, not in any way, and as we have previously explained repeatedly, a process among the Syrians themselves, or even between the two sides of the international conflict.

The author of the report says in its beginning that “Damascus’s messaging of this amnesty decree has seemed to indicate a shift from its typical posture of defiant intransigence, and an attempt by Damascus at creating a more reciprocal dynamic with outside countries”. The report referred to a letter that the Syrian foreign minister, Faisal al-Miqdad, had sent on May 18 to the UN Secretary-General and foreign minister of several other countries, in which he said that the decree is “exceptional in its legal, social and political character and represents an advanced stage and a fundamental turning point in the Syrian state’s ongoing efforts, which reflect its desire to instill the concepts of reconciliation and tolerance sustainably”. Al-Miqdad added in his explanation that the decree does not include non-Syrians due to Syria’s commitment “to preserve regional and international peace and tranquility and to not re-export those foreign terrorists to other countries”. According to the report, the letter “called on countries “to study what has been accomplished in Syria” and to cooperate with the Syrian state and support its efforts at constructively managing the country’s situation”.

The report adds that “these (Western) diplomats also said that… their Syrian counterparts have seemed to be looking, implicitly, for some positive reaction. ‘They have always claimed to be advancing reconciliation among the Syrian people,’ said one diplomat. ‘So they can present this as the next step of that process… and they don’t link this move to something done in exchange. But it’s noticeable that they present these things they’ve done, and then, later in these conversations, they say: ‘Now that we’ve moved, will others move?’’.”

The report points to reactions that are “positive”, but at the same time cautious, from Western officials like Norway and the US, and the efforts by the UN Special envoy to Syria to urge various countries “not to respond in a way that is reflexively negative”. The report adds that “the amnesty decree may actually be an attempt by Damascus to engage with the ‘step-for-step’ negotiation framework that Pedersen has advocated to advance Syria’s political process, even though Syrian officials have not explicitly endorsed Pedersen’s paradigm”.

The author of the report also adds that “This latest amnesty decree could be an opportunity for a real breakthrough, but only, it seems, if Damascus is prepared to go further…. Damascus’s intentions are difficult to divine. After all, no one really knows why Assad chose to declare this amnesty, and why now…. Some also pointed to Pedersen’s persistent advocacy for his ‘step-for-step’ framework. They thought Damascus might have decided, finally, to test what Pedersen could really deliver…. In the view of one Western diplomat, Syrian authorities have only a few months from the decree’s unveiling: ‘If there’s still nothing verifiable then, then I think all this may just go into the sand’.”

According to the report, “‘They’re not in a negotiation with us,’ complained a Western official. ‘They haven’t agreed to be in the step-for-step process. They did this [amnesty decree] unilaterally, in this chaotic way—how did they imagine it would go? How they conceive of negotiations is completely [messed] up. If you want stuff, then be in a negotiation for stuff’.”

The report’s author adds that “verifiable progress on the implementation of this decree—more Syrians out of detention, and more answers for the long-suffering families of Syria’s detainees and disappeared—would be obviously valuable in a way that progress on other, more symbolic tracks in Syria’s political process is not. Freed prisoners are a real, positive thing; constitutional amendments, less so”.

Of course, the report is not devoid of conditional signs of courtship and flirtation. Among those what the author said: “diplomats told me that Syrian officials have directly made their case to foreign interlocutors…. Several diplomats told me Syrian officials had briefed them on the amnesty and its implementation, including plans to provide more information about releases. ‘They’re apparently very serious about it,’ one said, ‘at least in terms of words’.”

Also adding that “Foreign diplomats said they have told Syrian counterparts that the amnesty’s implementation so far has not been considered sufficient to merit some reciprocal gesture. They have communicated what additional steps by Syrian authorities would make other countries regard the amnesty as meaningful”.

If the West’s raising of the slogan “changing the regime’s behavior” instead of “toppling it” aimed at one point to obstruct the solution, deepen the crisis, and turn the exit into bargaining between the regime and the West, and in isolation from any other roles, then this aim still exists, but is now governed by much shorter deadlines. This is what the report expresses by saying that “Syrian authorities have only a few months”.

However, what determines the time frame for this urgency? The matter is absolutely not related to the detainees or to any of the humanitarian, economic, or political issues that concern Syrians or serve their interests. This urgency is above all, a result of the overall tense international situation that reinforces the trend of US withdrawal from our region and makes the point of making the decision of that withdrawal a must as soon as possible. One of the main decisions to make is trying to secure the status of the Zionist entity and to secure a self-explosive situation in the region as a whole, and implicitly in Syria.

What also adds to this urgency is the deepening of the Astana agreements, which has become clear that at the top of its agenda is the expulsion of the Americans from Syria. This discourse has become more frequent in what the three Astana sides are saying. Additionally, their behavior on the ground in different parts of Syria, especially in al-Tanf and the Syrian northeast, also reinforces this trend, that is, towards expelling the Americans from Syria.

Within this atmosphere, it becomes necessary, from a US point of view, to expedite the process called “changing the regime’s behavior” in the hope it will achieve the final blow to the political solution on the one hand, and the normalization of the crisis so that it becomes permanent on the other hand. More importantly, for the West is to reach a situation in which the status of the Zionist entity is normalized in the region, especially with the deepening of the dangers to its future, as a result of the stormy shift in the international balance of power.

All these attempts will remain without real results, except for one, which is eliminating the political future of any side that engages therein within our region and our country.

arrow_forward How Will the New International Situation Affect the Palestinian Cause, and Our Region as a Whole? Between The Centralization of Oppression and Conciliation, and The Decentralization of Chaos and People’s Power arrow_back