How Will the New International Situation Affect the Palestinian Cause, and Our Region as a Whole?

In his speech at the Security Council last Tuesday, July 26, the Russian delegate to the UN said in a session on the situation in the Middle East, including the Palestinian issue: “We consistently advocate for a reset of direct Palestinian-Israeli talks which should result in creation of independent Palestinian state with a capital in Eastern Jerusalem... We are convinced that multilateral efforts need a boost, including the efforts of the Quartet of international intermediaries for the Middle East... we note the importance of proper coordination between international mediators and regional partners. Being guided by these considerations, Russia put forward an initiative to convene an extended ministerial meeting of the Quartet with participation of key members of the League of Arab States. Unfortunately, this issue remains unresolved due to the lack of interest of the United States in resumption of the activity of the Quartet”.

At the end of his speech, he added: “we would like to emphasize once again that Russia will carry on with its efforts to coordinate joint actions aimed at reviving the Middle Eastern settlement process and finding a just solution to the Palestinian problem. As we know from practice, attempts to monopolize this process and impose and economic truce on the Palestinians instead of meeting their aspirations to have an independent state never led to any concrete results, and never can”.

Russian Foreign Minister Sergei Lavrov had said the same thing two days before the aforementioned session in his speech at the Arab League in Cairo on July 24, where he said: “I would like to reiterate our determination to promote partnership with the Arab League, our interest in promoting economic cooperation... This cooperation extends also to international and regional issues. We cooperate on Palestine. This issue is in a very bad shape because of the unwillingness of the United States to revive the activities of the Quartet with participation of the Arab League representatives”.

Does this statement include anything new?

If we look at the content of the statements independently of what is going on in the world today, we may not find anything new in it. The American positions indicated by the Russians are not new, and do not constitute a departure from the historical role of the US (and by extension the West) in obstructing a solution to the Palestinian issue, which would not have existed had it not been for their tireless efforts to support the establishment and continuation of the Zionist entity.

The statement above does not contain a new position by the Russian side, and the same words have already been mentioned in previous official statements. For example, in an interview with Russian Foreign Minister, Sergey Lavrov, on August 21, 2020, and in response to a question about “the role that Russia will be ready to play in the Israeli-Palestinian conflict (in addition to the Middle East Quartet) to revive talks, in view of the critical situation resulting from the US statements on Jerusalem”, Lavrov said that the Quartet was “designed to accompany the Middle East Peace Process. However, it is currently paralyzed by the uncooperative position by the United States. Washington said it would continue working within the Quartet only to promote its peace plan, known as the ‘Deal of the Century’. In this context, we said that we were ready to continue working on the Israeli-Palestinian issue in a troika with the UN and the EU, with the option of other regional powers and organizations to join our efforts”. 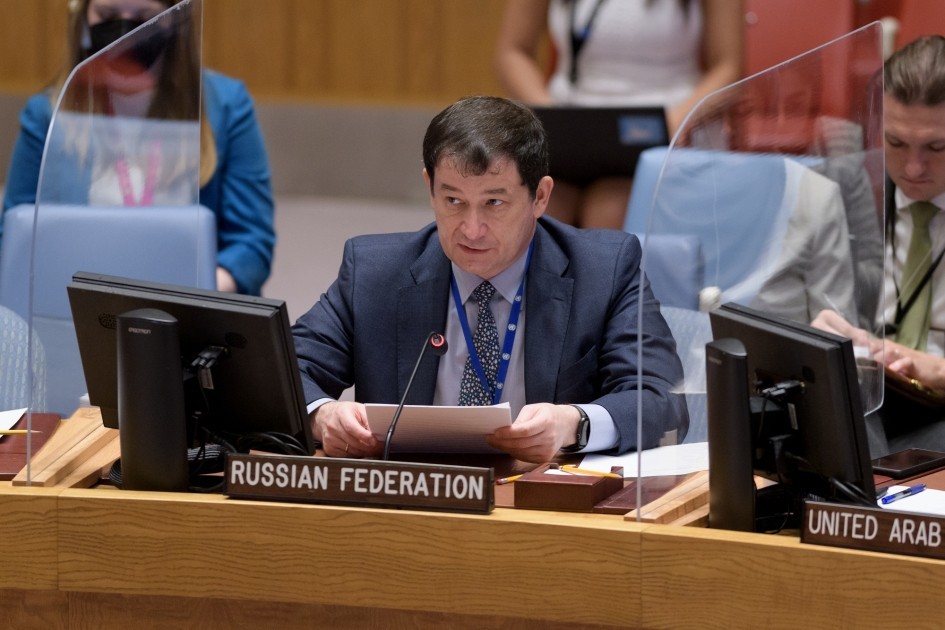 The time context of the statement

Returning to current events and the international atmosphere in which this statement came, including Russia’s relationship with the Zionist entity today and implicitly the position on Zionism, which something we touched on in several Kassioun articles, the last of which was about the developments relating to the issue of the “Jewish Agency” and the decision to suspend its work in Russia. This statement also comes after Biden’s failed visit (Arabic) to the region, as not only did it not result in obtaining any gains from the Arab countries whose leaders Biden met in Jeddah in mid-July, but it was clear that the tutelage relationship the US has enjoyed for decades in the region, at times to the point of total subservience, has become a thing of the past.

There are many other examples in this context within an international situation in which the changes in the international balance of power are becoming more and more apparent, as the unipolarity that the US (and the West is on its side) enjoyed alone for more than three decades, while plundering and destroying the world with military and economic tools, is fading rapidly.

This is in addition to what has become clearer with regards to the transition to the post-dollar dominance era as an international currency, which has gone beyond indicators and declarations to practical steps represented by the increasing use of local currencies in exchanges between countries, and the rise of the BRICS alliance. All this means the end of unipolarity in the global financial and economic system, which was one of the most important tools that the West used to control politics in the “periphery” countries as well as in our region. This gave the West the ability to prolong local crises to drain countries and peoples, including the Palestinian issue as well as the Syrian crisis and other crises in the region. 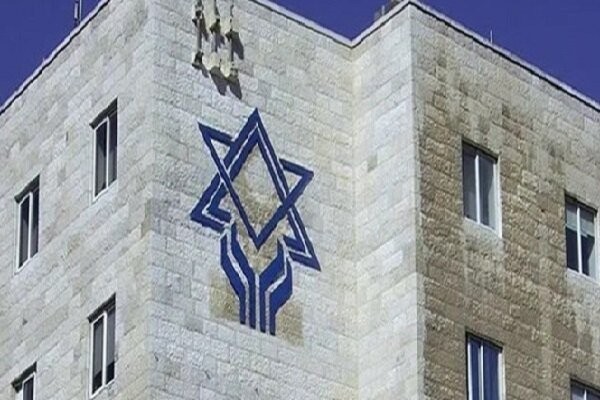 What does this mean for the Middle East today?

Within this scene, all the above indicates several things, the most important of which: 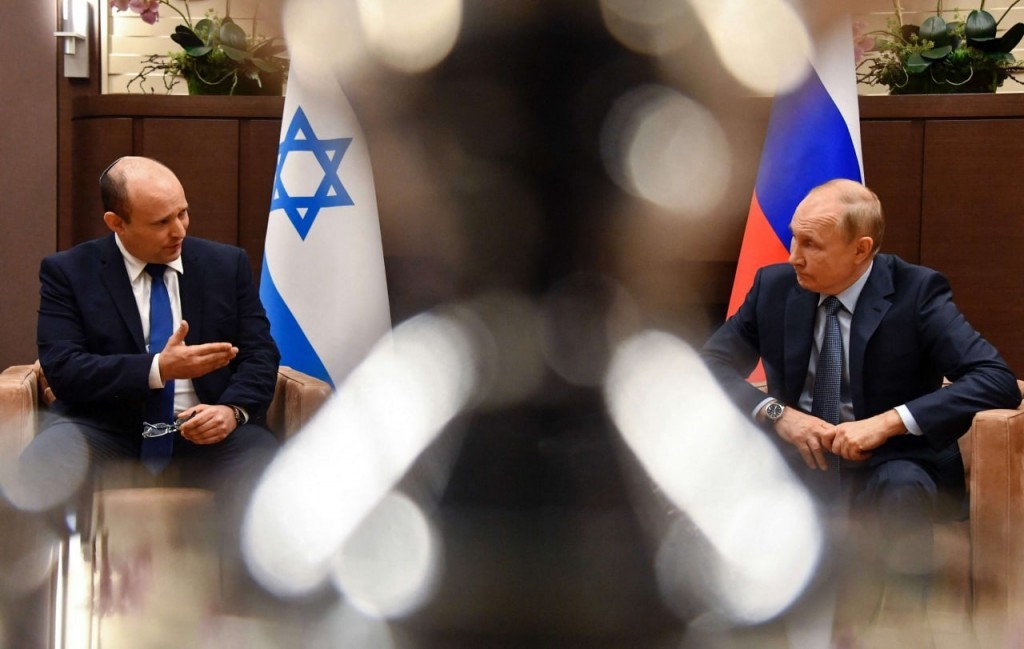 Essence of the issue

The Zionist-Western activity in Palestine for over a hundred years has been a source of continuous sabotage and attrition throughout the Middle East, which has led to reshaping it into a region of permanent wars and chaos. None of this was a coincidence, but an intentional act.

Achieving real stability in the entire region so that it ceases to be used as a hot spot for striking any Asian and African projects aiming to become independent from the West is a fundamental and inescapable goal within the framework of building a new world order based on equality and equal exchange relations.

In other words, the just and real solution to the Palestinian issue is not only a legitimate moral, humanitarian, and value-based issue as it has always been, but also a practical issue within today’s concrete circumstances to build a new world order and end Western hegemony. Therefore, it will not be surprising at all that both Russia and China will gradually and rapidly increase their weight towards pressuring for a just solution, which cannot reach its ends without a fundamental role for the region’s peoples, especially the Palestinian people, in intensifying and developing resistance.

The historical horizon is widening, for the first time in decades, to a real, comprehensive, and just solution to the Palestinian issue, and this path should be pursued to the end.

Last modified on Monday, 08 August 2022 21:48
arrow_forward What Does Western Media Say About the “Jewish Agency” Crisis? In What Context Does This Crisis Emerge? What Meanings Does It Carry? Once again: “Changing the Regime’s Behavior” as a Western Slogan… A New Report on a “Breakthrough” Contingent On “Doing More”! arrow_back