Although the discussion of the two terms of centralization and decentralization in the new Syria has taken a back seat a little, and is no longer as hot of a topic as it was years ago (and perhaps this is better so discussions move in more objective and sustainable directions), the topic in its essence is still hot and important. One could even say that the time for serious preparations to discuss it and reach understandings about it is dwindling, given the amount and speed of the ongoing changes.

Over the last few years, Kassioun published a number of articles and ideas on the issue, in parallel with the official position of the People’s Will Party (PWP), expressed in Kassioun’s editorials, press conferences, and other. We are not trying here to cover all aspects of the issue in, or to express the complete and detailed position thereon of the PWP. Rather, we seek to put forth a few methodical ideas into the public debate.

First, it must be emphasized that a complete and detailed sketch of the new Syria, particularly the aspect relating to the relationship between centralization and decentralization, can be only drawn with a comprehensive dialogue among all Syrian political siddes, with wide participation of Syrian society inside and outside the country, and with Syrians who are specialists in various fields. The issue is more complex and larger than a purely political or purely legal aspect, and a group, party, or person cannot decide it, not only because of everyone’s right to participate, but also because the issue is too broad to be encompassed without broad if not comprehensive participation.

One part of a whole

In other words, completing a conceptualization of centralization-decentralization cannot be correct without defining the required state model and its governance method:

After these necessary introductions, let’s move on to proposing some general ideas about centralization and decentralization. 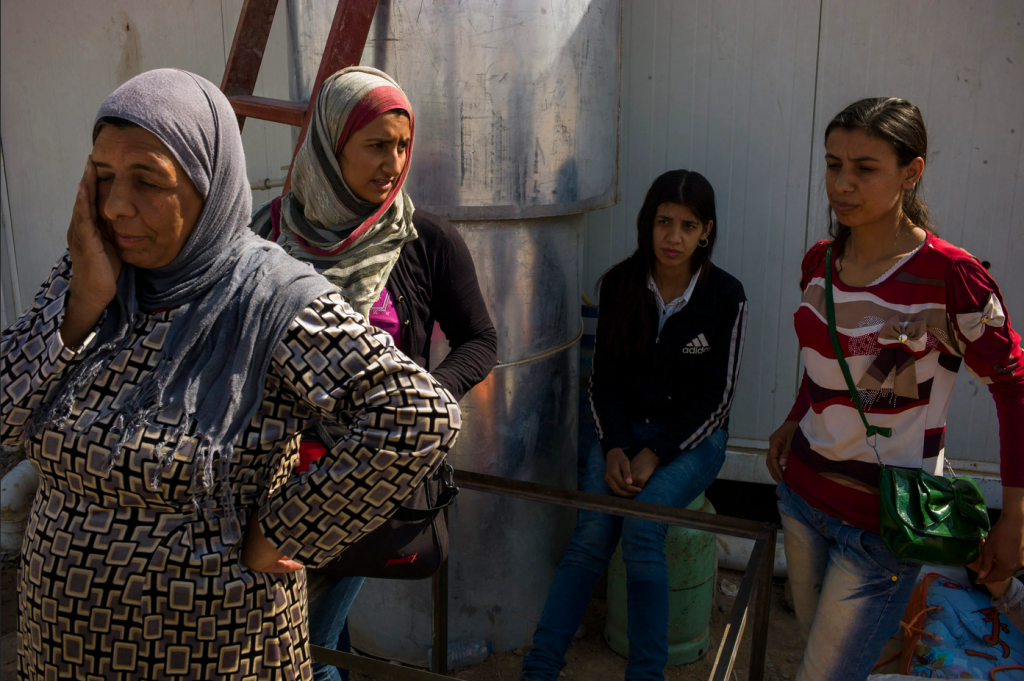 This discussion may seem practical and sound from a purely legal point of view, but looking at it from a broader political and socioeconomic perspective reveals its unilateralism and its inability to read and deal with reality in depth.

In dealing with this mating between the centralization of oppression and the decentralization of chaos, it should be noted that one of its most important foundations is the operations of economic plundering and their management; in other words, the process of redistributing wealth for the benefit of an economic minority at the expense of everyone. That is, this arrangement and this mating is designed primarily to perpetuate plundering from the periphery towards the center, through the high control of various forms of economic operations, and all the hard and soft tools of oppression serve this form of the unjust distribution of wealth.

In contrast to the centralization of oppression, the centralization of conciliation is based on the general satisfaction of the governed. That is, it is based on representing them a real representation through a center that meets their interests and works to serve them, and in essence works on developing public wealth and distributing it equitably, and devotes the tools of oppression the state possesses to serve this distribution.

Escape from the center or control it?

The prolongation of the centralization of oppression era prompts the peripheries to think of one of the two following ways, which we will discuss:

First: Trying to escape from the center

Whatever slogans this escape is wrapped in, its content remains in essence as follows: We do not want anything from you, just leave us alone and have mercy and spare us the plundering and control process and its tools. In the Syrian case, this type of thinking reflects a form of losing hope for a process of comprehensive radical change, and this type of thinking is reinforced the longer the crisis continues and the longer the comprehensive political solution is obstructed.

Syria is made up of all border regions, and Syria in its entirety is the subject of a regional and international conflict. Any region that tries to escape from the center will necessarily fall under the domination and subjugation of other regional and international centers, starting from economic control to political and military control, and will not be able in any way, in isolation, to meet the interests of its residents.

The only possible solution is for the peripheries to control the center, that is, for the Syrian people to truly and effectively control power in all regions of their country. This can only be achieved through a comprehensive political solution according to UNSC Resolution 2254, and through cooperation among Syrians in all regions and away from the illusions of military decisiveness and toppling, and away from the illusions of escaping from the center.

The danger of the geographic understanding of the issue

Among the major risks in dealing with centralization and decentralization is reducing it to a geographical dimension, where Damascus, or Damascus and Aleppo, become the center, and the rest of the provinces are the peripheries.

Can the millions of poor and marginalized people who live in Damascus and Aleppo, and the belts of misery around those two cities in particular, be considered a center? This kind of consideration is a kind of dark comedy.

The truth of the matter is that the peripheries are all Syrian regions and all the Syrian people, and the center is not one of the Syrian cities, but rather a center above all cities and above the entire country.

If there is a real and realistic disparity between the volume of services and opportunities in the two cities (Damascus and Aleppo) and their volume in the rest of the country, then this disparity is in itself one of the means of controlling the distribution of wealth at the level of the country as a whole, and in the interest of the profit-holders against the wage-earners, and not in the interest of the residents of Damascus or Aleppo.

arrow_forward Once again: “Changing the Regime’s Behavior” as a Western Slogan… A New Report on a “Breakthrough” Contingent On “Doing More”! Regarding Turkey’s Foreign Minister’s Statements arrow_back