Food System in Syria: Wasting and Stunting are Threatening Millions of Children.

The catastrophic economic and social repercussions of the Syrian crisis have affected society in general, but they have affected the situation of Syrian children more deeply, entrenching them as the most vulnerable and fragile group in the country. Part of this group was forcibly pushed into the labour market in order to contribute to their families efforts to fill the huge difference between the minimum costs of food for the family and the minimum of wages. At the same time, most of these children live under conditions that threaten them with consequences throughout their entire lifetime.

In this regard, on May 10, UNICEF has issued a new report entitled “Every Day Counts”. In the report, it monitored the changes in the Syrian children’s way of living and its deterioration inside the country and in refugee camps in the neighboring countries, revealing part of the direct health damages that affected these children.

A Triple-Threat to Growth and Development

According to the report, the children in the country today are facing what the agency called a triple-threat to their growth and development, first: undernutrition (stunting and wasting), second: micronutrient deficiencies, and third: overweight. These threats approximately affect 3.77 million children, which led the agency to consider the issue as a “new emergency” that requires a new comprehensive response to address all forms of malnutrition. 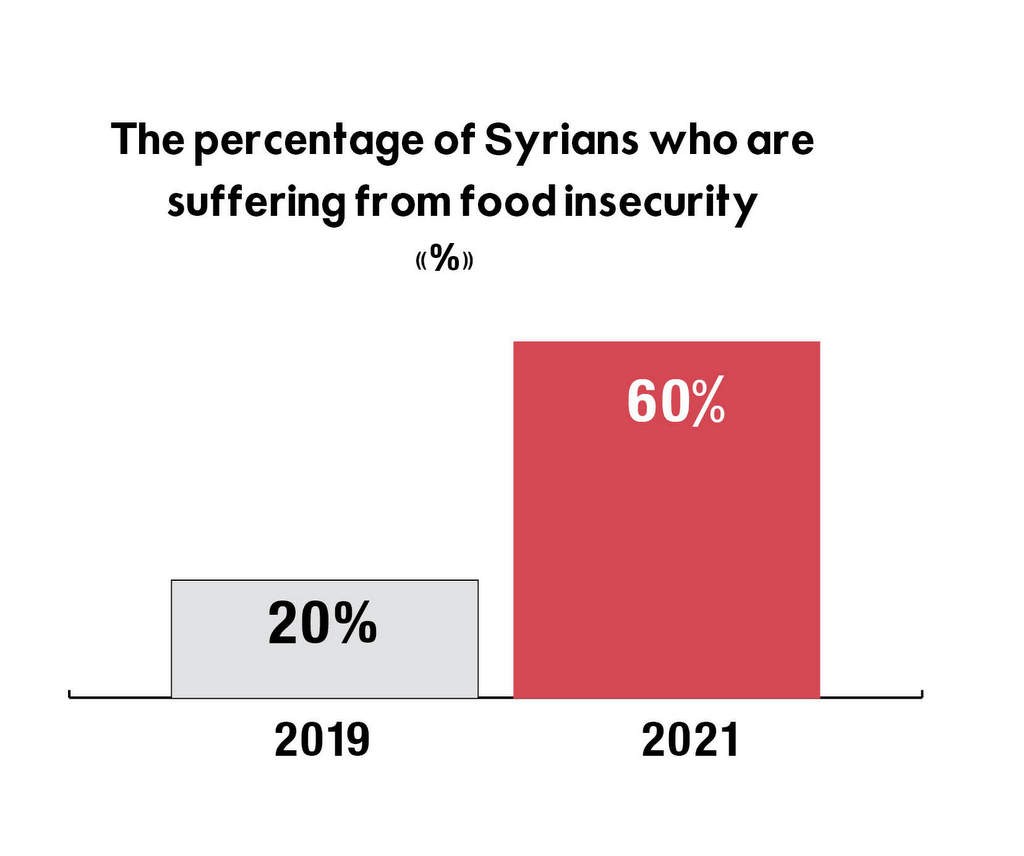 One-Third of Children in Syria are Stunted

According to UNICEF estimates, one in three pregnant and lactating women is anemic, including half of those in North East and North West Syria. This is an emergency indicator, as maternal anemia is considered a risk factor for low birth weight which affects the growth and development of their infants. At the same time, 265,000 pregnant and lactating women are suffering from acute malnutrition, including 114,000 women in North West Syria.

Across the country, 47% of the population depend on “alternative” and often unsafe water sources to meet their water needs. Also, at least 70% of discharged wastewater is untreated. As such, the data indicate that about two-thirds of water treatment plants, half of pumping stations, one-third of water towers, one-quarter of wastewater treatment plants, and one-sixth of wells have been damaged. In this context, the situation inside IDP camps is particularly critical, and requires providing a whole set of water, wastewater, sanitation and hygiene services. Electricity shortage is the biggest cause to the deterioration of the sector of water, wastewater, sanitation and hygiene, which limits the ability of the current Syrian network to effectively distribute existing amounts of water, as the production of electricity has been declining year after year. 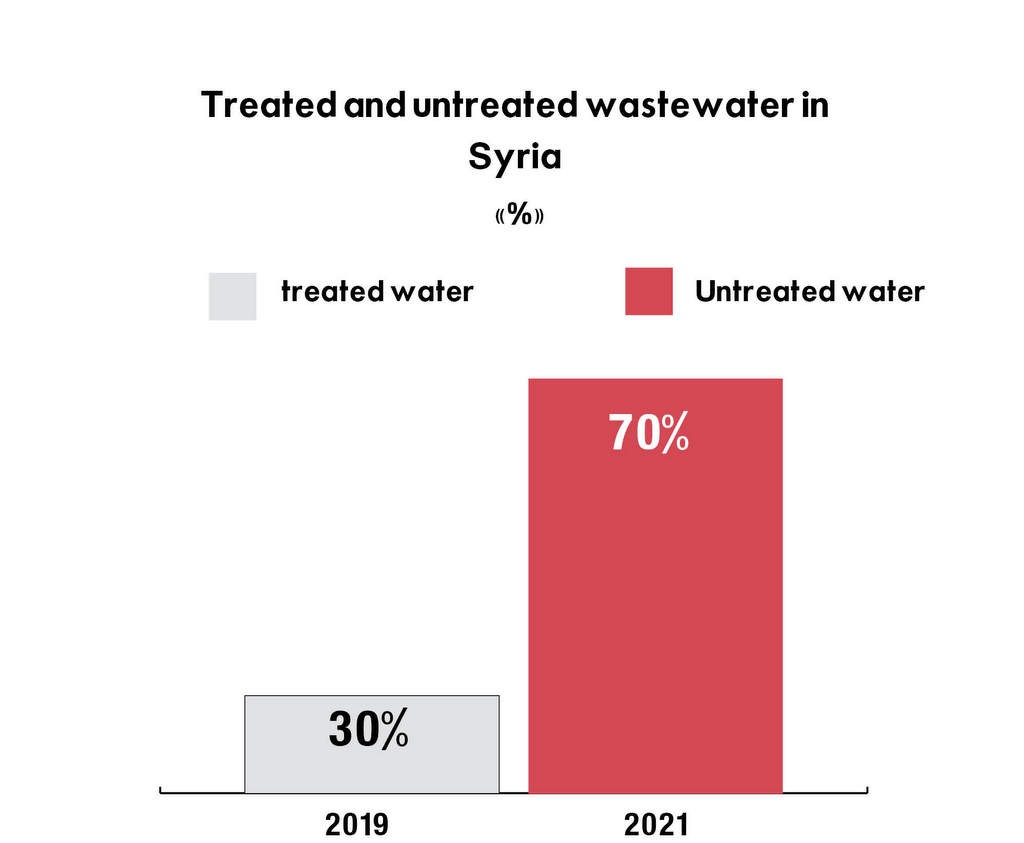 Reluctance to Work and Decrease in Support

The water sector is also affected by “brain drain”, as 40% of employees have left their jobs throughout the past ten years, and that’s because of the country’s poor wage system. This has led to severe drain in qualified staff and the promotion of lower-level staff to higher positions without necessarily receiving the required training. In this respect, government spending on water and wastewater has decreased steadily over the years. The allocations of public drinking water and wastewater facilities, which fall under electricity, gas and water, have reached 37 billion Syrian pounds in the 2021 budget, increasing from 28 billion Syrian pounds in 2020. However, this spending has decreased in real terms by 56% (taking inflation into account).