What is the Real Goal from Biden’s Visit to Saudi Arabia? The “Arab NATO” Myth… A Smoke Bomb

After the disappearance of talk about the so-called “Arab NATO”, which came about with the “normalization” agreements signed by the UAE and Bahrain in 2020, it reemerged through two American reports. One is an interview with the Jordanian king published by CNBC last Friday, June 24, and the second published by American media outlet Wall Street Journal last Sunday, June 26. Since then, there has been a plethora of “analyses” related to the issue in various media outlets.

In this article, we will begin with a brief review of what was mentioned in the two American reports, and then move on to try to understand the context and meanings of the talk about this topic, and the extent of its seriousness.

The report talks about what the WJS said was a meeting that took place last March in Sharm El Sheikh, Egypt, and included military officials from each of “Israel”, Saudi Arabia, Qatar, Jordan, Bahrain, Egypt, and UAE.

According to the report, Gen. Frank McKenzie, commander of the US Central Command, represented the US at the meeting. The report said the objective of the meeting was to work against the common threat that Iran poses on these countries. The report also said that the meeting reached a nonbinding understanding about a mutual notification system for potential aerial attacks by Iran, whether with missiles or drones.

While the report describes the supposed meeting as an unprecedented step, it nevertheless says that there is still a long way to go before reaching “military cooperation” between “Israel” and the Arabs. It also said that Biden, in his visit next month to Saudi Arabia, will focus on the security challenges that each of Saudi Arabia and “Israel” faces, and that “Israel” itself hopes that Biden’s visit to Saudi Arabia will lead to some sort of an agreement about a US-led military cooperation in the field of air defense at the regional level.

In his interview with American media outlet CNBC, and in response to the question: “do you think we need a NATO for the Middle East”, the Jordanian king said: “I think ‘NATO’ can be built with like-minded countries” and added that it is something he has believed in. He also said that Jordan has rapid response forces, and that it has worked effectively with NATO around the world for years. The Jordanian king said that relationship with NATO, from a Jordanian perspective, is a real partnership, and that he would like to see more of the region’s countries joining this partnership. He also expressed his desire to be one of the first supporters of forming a Middle East “NATO”. 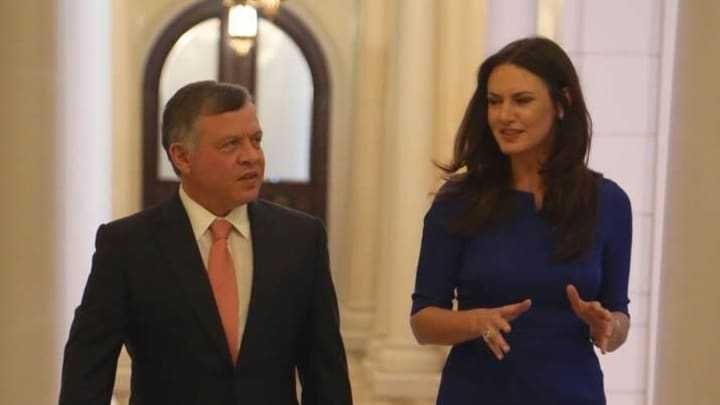 Regardless of whether or not the alleged Sharm El Sheikh meeting actually took place – and it is in any case a meeting with nonbinding results according to those who claim that it happened – the most important context for the matter, whether about this meeting or the Jordanian king’s talk about an Arab NATO (and both go towards the same idea), is Biden’s visit to Saudi Arabia on July 15 and 16, in about two weeks, during which he will meet with a group of Arab leaders, after visiting the Zionist entity.

Regarding the motives and circumstances of this visit itself, it comes in the midst of the global battle for which Ukraine constitutes the facade, while its roots extend deeply to the roots of the global financial and political system, and certainly towards the dollar and its global role, and necessarily towards the petrodollar.

The loudest talk in international media today is that Biden – who attacked Saudi Arabia and its crown prince before he took office and promised to turn it into a pariah state – today has to make concessions because he wants Saudi Arabia to increase its oil production, in order to avoid major crises the entire Western world is experiencing today as a result of sanctions against Russia, its oil, and gas, and especially the issue of inflation in the US, specifically fuel prices. This is also especially because we are a few months away from the midterm elections in the US, the polls of which already indicate a disaster will befall the “President’s Party”, that is, the Democratic Party.

What we said above is the “official narrative” of Western media, and its Arabic followers as well. It is a story that no doubt carries part of the truth. The issue of the Iranian nuclear deal, and what has clearly become an American rush toward it, is going towards the same point, i.e., an attempt to free up larger quantities of oil and gas to enter the global market and lower prices.

Nevertheless, looking at the real map of the ongoing global conflict allows us to put forth another more profound perspective, and perhaps one that is closer to the truth.

Stated more clearly, what matters to the American authority (and we do not say Biden, because considering him the center of power or even part of it, has become an anecdote more than anything else), is to stand in the face of the process of undermining the Western-dominated global financial and political system; a process that is in full swing.

At the center of the system being undermined is the dollar as a global currency, against which a peaceful hydrogen bomb is being prepared by the BRICS. By that we mean the talk about the R5 or the new international reserve currency (see the article by the Kassioun Research Unit on the topic here). 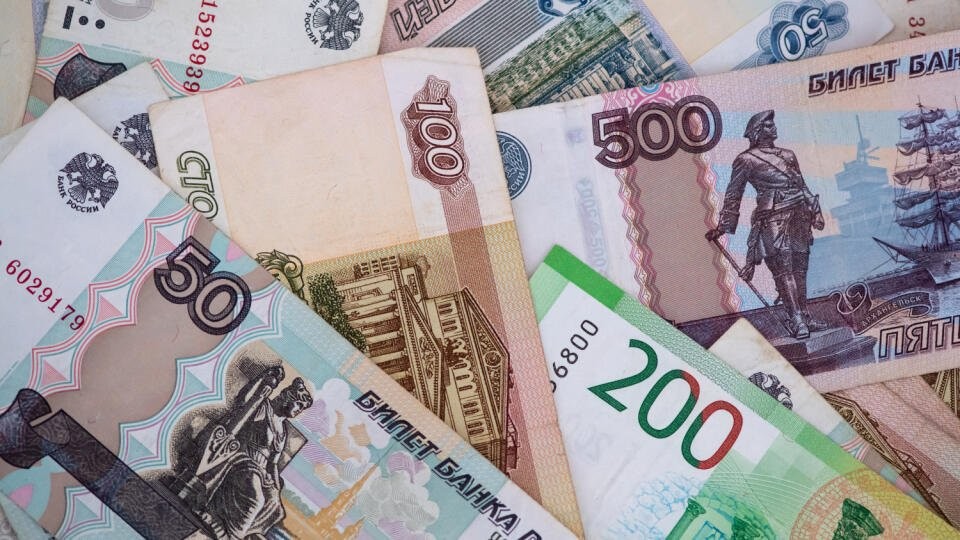 If the dollar continued to be a global currency after its detachment from the gold standard in the early 1970s, and continued still as a pillar in the existing international system, the system of plundering and unequal exchange, what allowed it to continue are several factors. Some of the most important of those factors are the American military bases around the world and the petrodollar, that is, the pricing of oil, and consequently raw materials as a whole, in dollars, which to begin with was specifically approved in Saudi Arabia.

Therefore, it is not difficult to conclude that what matters to the American authority, and rather the actual authority in the West as a whole, is not limited to increasing oil production (not to mention that this same objective will not be reached to the extent required by the US, i.e., increasing daily production by millions of barrels). More importantly, the US wants to ensure the continuation of the petrodollar, that is, the continuation of pricing oil in dollars, and in Saudi Arabia in particular. The chances of Saudi Arabia and other countries moving to pricing in local currencies, or in the new currency when it appears, are high.

Talking about some “achievement” in the course of normalization with the Zionist entity would mitigate Biden’s and the US’ retreat from the declared policies towards Saudi Arabia. What is even more important than that, we believe, is all the commotion about an issue that has no future and no basis (i.e., the Arab NATO) aims to become a widespread smoke bomb, covering up the main purpose of the visit. However, it is even more humorous to talk about an “Arab NATO” experience at exactly the same time when the original “NATO” is eroding and experiencing an existential crisis that will lead to its disintegration in the foreseeable future.

Even if we try to look closely at the “concessions” that the Americans suggest they are prepared to make, we will see them more as major entanglements than anything else. At a time when the Saudi-Iranian talks are progressing, and the appropriate international conditions are being created to end the severe contradiction between the two regimes, the US is jumping to sabotage everything under the slogan of “protecting allies” and under names such as “Arab NATO” and others.

The objective basis of the contradiction between Saudi Arabia and Iran is not limited to regional competition, is also extends deep to its root in the international conflict. The contradiction began with the Iranian revolution, before which it did not exist in the acute form that we have seen over the past few decades. The origin of the issue is that the two regimes-states, before that date, were within one international camp, the Western camp. Their contradiction was limited to the limits of regional competition under the one American administration. After the Iranian revolution, the two countries became in two contradictory international camps.

However, the realities over the past ten years, starting with the economic realities, say that Saudi Arabia itself, and with it the Gulf states, has begun to gradually shift away from the American camp. Even the Iranian regime itself has shifted east, not at the moment of the revolution, but many years thereafter, though more steadily and firmly.

There is no greater evidence of the gradual shift of Saudi Arabia and the Gulf states, than reaching the point of breaking the stick of American obedience with regards to the position from both Russia and China, whether in economic or even security, military, and political relations. 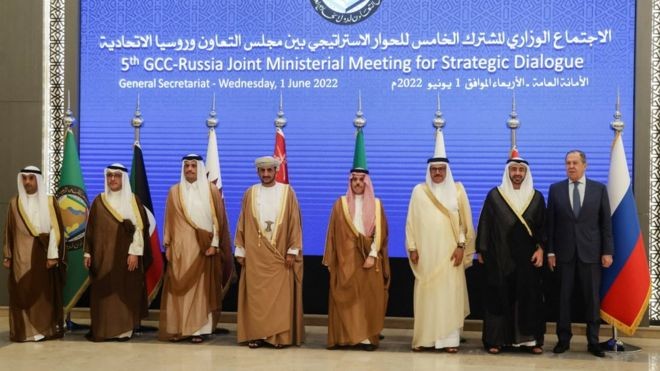 These new conditions are also the same ones that have recently permitted somewhat of a rapprochement between Turkey, Egypt, and the Arabic Gulf. It is also the same one that has paved the way to launching dialogue and negotiations between Saudi Arabia and Iran.

The core of the issue

The only outcast (objectively), within all these equations, is none other than “Israel”, whose existence and continuity in the region has no basis other than being a main fortress in our region for the West, especially the Anglo-Saxon-Zionist.

In other words, all the regional countries in our region can, to some extent, slowly and gradually reposition itself, albeit with major difficulties, within the global political map. However, this is not available for the Zionist entity, because it is either Western in a world in which the West has large and influential power or is nothing.

Accordingly, we can reformulate the matter as a whole within two main objectives of Biden’s visit:

First: an attempt to protect the petrodollar and ensure its continuity, and implicitly, an attempt to delay and slow down the development of the region’s countries’ relations with China and Russia; and to a lesser degree, the issue of increasing oil production to some extent.

What do Americans have to offer in exchange for what they want? Nothing, except more disasters and predicaments, and implicitly threats.

Will the visit succeed?

On its face, yes it will succeed. There will likely be talk of a modest increase in oil production, and the media will be flooded with talk of secret agreements that have not been made and will likely not be made, that include “Israel” and, implicitly, the myth of an “Arab NATO”. However, in essence, the visit is doomed to failure in terms of the two main aforementioned goals.

Last modified on Thursday, 30 June 2022 12:51
arrow_forward The Latest About the “Arab” Gas Pipeline The American Mediator: “Israeli” and Served in the Occupation Army Two Levels of “De Facto Shredding”: The Same Historical Goal with an “Updated Recipe” arrow_back