2.8 Million: The Average Cost of Living for a Syrian Family at the Beginning of Ramadan 2022

At the beginning of Ramadan 2022, the average cost of living for a Syrian family of 5 has exceeded 2.8 million Syrian pounds according to Kassioun index. It is an unprecedented increase within a record period of time that threatens millions of Syrians who are witnessing a catastrophic gap between the costs of living and the minimum wage of Syrian workers, which remains at the threshold of 92,970 Syrian pounds (i.e., less than half of the cost of the minimum amount of food per working individual alone)!

As mentioned previously, starting from issue No. 1036, Kassioun has adopted a certain method in calculating the minimum cost of living of a Syrian family of 5. It consists of calculating the cost of the necessary food basket (according to the daily need per capita for about 2400 calories from various food sources. To that end, Kassioun has relied on calculating the main meal per capita during one day, which was drafted by the Innovation and Self-Reliance Conference of the General Confederation of Trade Unions in 1987, from which the productive citizen receives the calories that guarantee him life, and reproduce his or her workforce again). This is on the consideration that these costs of food represent 60% of the overall minimum cost of living of the family, whereas the remaining 40% represent the other essential needs of the family (housing, transportation, education, clothing, healthcare, household appliances, telecommunications, and others). 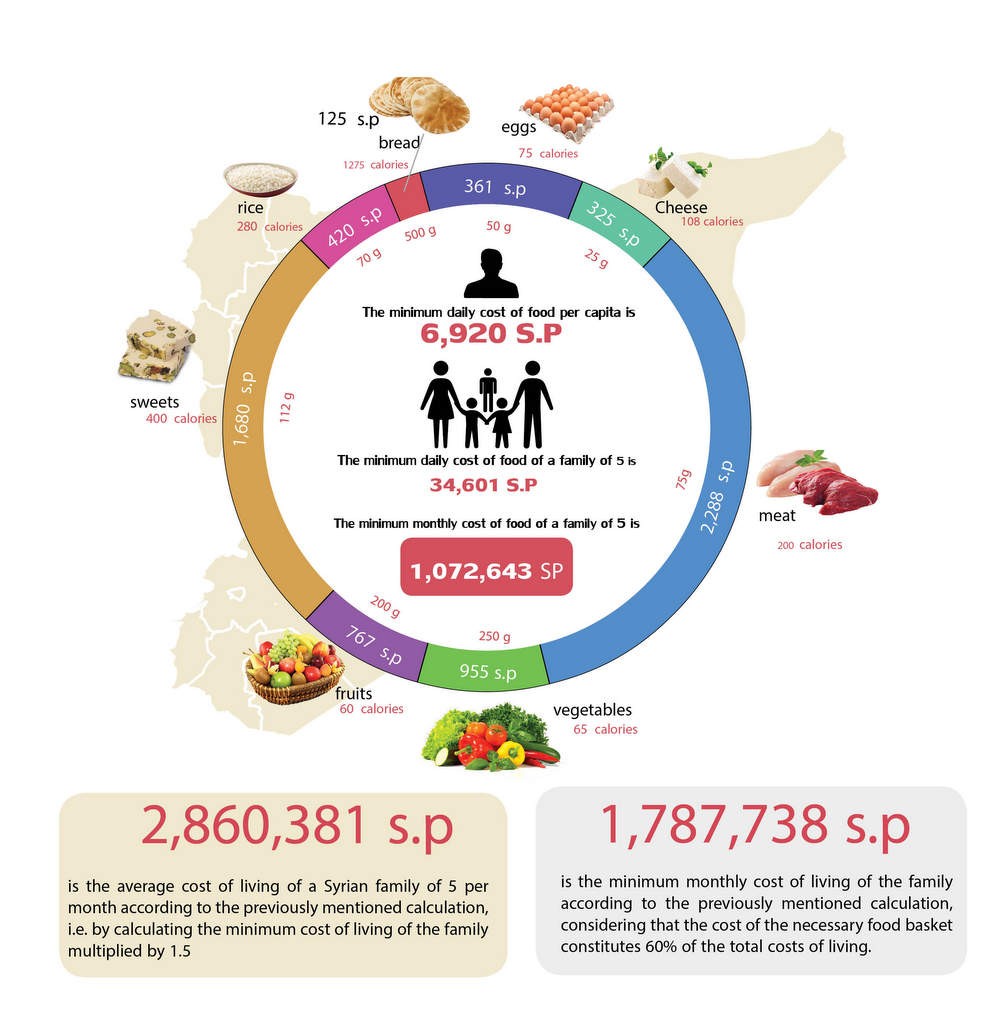 Wages Only Constitute 3.2% of the Average Cost of Living of the Family 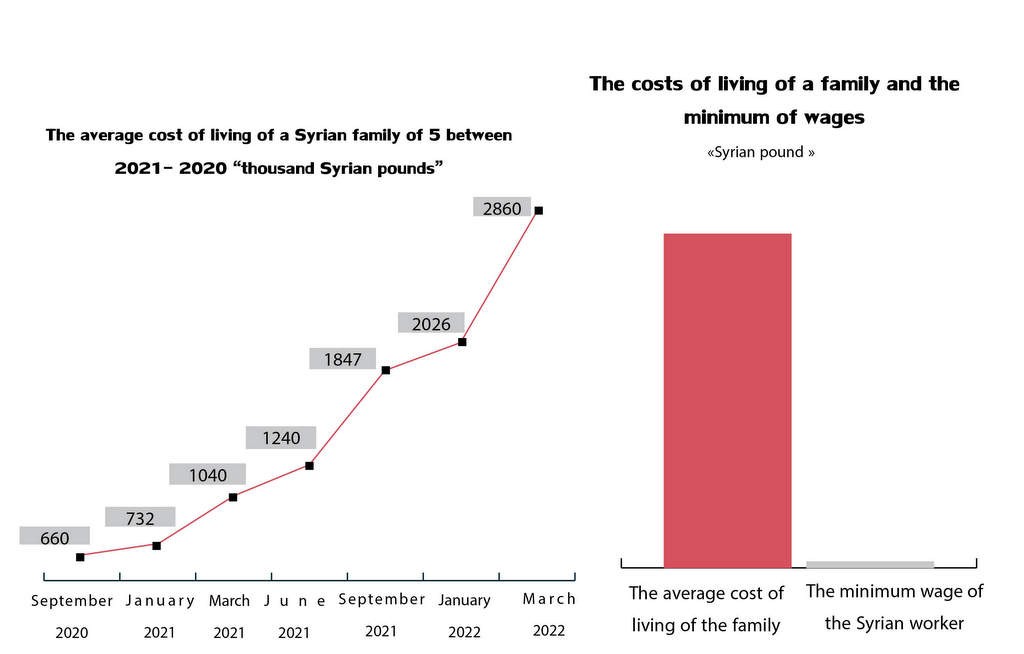 An Increase at All Levels

The minimum cost of other necessary needs that constitute 40% of the total costs of living has also increased (such as housing, transportation, education, clothing, healthcare, household appliances, telecommunications, and others) from 506,740 SP in January to 715,095 SP in March, i.e. an increase by 41% also within three months.

arrow_forward Only A Quarter of Government Spending is Left for Education How Did the Big Thieves and Their Economic “Liberalism” Contribute to Multiplying and Deepening the Effects of Western Sanctions? arrow_back

Kassioun Editorial 1090: The Sea is Behind You and a New World is Ahead of you!

Kassioun Editorial 1089: So That the Whole Country Does Not Drown!

Kassioun Editorial 1087: The Conditions for the Solution are Ripening

Kassioun Editorial 1086: Why Do We Insist on Implementing 2254 Quickly?