2254 and The Comprehensive Radical Change

The editorial of the last issue of Kassioun dealt with one of the basic aspects of the right of Syrians, and Syrians only, to self-determination for themselves and for their political future state. In particular the aspect related to the form of the state and the nature of the relationship between centralization and decentralization. 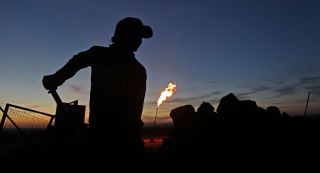 The Energy Crisis. Less than half of the Minimum Needs. Between Financing and Coping with Sanctions.

In the same general framework, and because the totality of the rapid changes that are brewing so far, even if they have not yet surfaced with complete clarity, are leading towards full implementation of UNSC Resolution 2254, it is necessary to shed additional light on the essence of this resolution not only as the sole way out of the humanitarian catastrophe, but also as an entry point to the new Syria; that is, to the comprehensive radical change process.

The Syrian crisis that erupted in 2011 has its deep roots many decades before. The overt adoption of neoliberal policies in 2005, although it contributed to the acceleration of the explosion of the crisis through the accumulation of poverty, unemployment and other crises, but it was part of an integrated path that went through several critical stages, including Arab free trade agreements, and before that, the Investment Law No. 10 in the early 1990s.

All of these socio-economic policies are totally biased in favor of the interests of local and international economic elites, the elites and mafias of big corruption, and against the interests of the overwhelming majority of Syrians. Furthermore, they were accompanied by their "necessary" instrumentalities in the political sense; that is, it was accompanied by a continuous reduction of the level of political freedoms, whereby society was forcibly subordinated to policies against its interests.

The overlap between the quality of socio-economic policies and their instrumentalities did not emerge overnight, but rather gradually and for a long time, based on an international balance of power in which the colonial powers of the West were prevalent, and up to a general situation that became closer to decay in all directions.

Today, after all that has happened, and on the threshold of entering a new qualitative stage, the critical importance of implementing UNSCR 2254, based on the above-mentioned pillars, is summed up in two pivotal issues:

First: Zero international interventions so that the sufficient material basis is laid for the Syrian people to be able to practice their self-determination.

Second: Opening the political door in a practical way, to get rid of the existing state of rottenness, by truly releasing political freedoms so that the Syrian people can say their word.

The world in which we live is a very interconnected world, to the extent that assuming that there is a separation between the forces of the big internal corruption and the forces of the colonial West becomes a completely wrong assumption in the theoretical and practical sense. The most evident proof of that is not the profit that the two parties make from the sanctions.

That is, the ability of the forces of big internal corruption to control the fate of the Syrians is, in essence, subject to an old international balance of power in which the West prevailed.

On the other hand, the new international balance of power, which is ultimately and tangibly in the interest of the Syrian people, and through UNSC Resolution 2254, opens the door in a practical way to salvage Syria from under the hammer of the West, not with slogans and trading in them, but by opening the door to securing a popular alignment that imposes democratic and economic and social policies biased to the interest of all Syrians.

And precisely, therefore, the implementation of this Resolution is at the same time: securing of an exit from the crisis, and opening of the door for Syrians to decide what they want. And what we see as a political party is that the interest of the Syrian people lies in a radical, comprehensive popular change, in all directions.