Sanctions and “Bullying” … Wheat as an Example

However, more importantly, sanctions can never be separated from the enhancement of other indicators: the amount of looting, corruption, and monopolization; the increase in the role of intermediaries; the increase in convoluted and illegal methods, and the expansion of black-market activity and chaos linked therewith.

Importing to the State’s Benefit and Sanctions’ “Profits”

The impact of sanctions is clearly evident in imports, specifically imports to the Syrian state’s benefit, which is the most restrictive aspect of foreign trade. This is due to the sanctioning foreign parties’ tightening of monitoring of the import operations to the government’s benefit, even though the sanctions say that they exclude food, but it seems the intermediaries do not.

The International Trade Center date provide some details that allow a concrete comparison of the costs of importing materials into Syria, where the import data published by the Center include the costs of shipping and transportation.

If we take wheat as an example, it becomes evident that based on international data, sanctions do not affect the exporter’s pricing of something, nor do they affect shipping and transportation costs. To clarify further, Syrian and Lebanese imports from the same sources can be compared, where Russia and Romania were selected as they are the two main sources of importing for the two countries (where the distance and cost of shipping and transportation are nearly the same). The figure below shows the details:

The import prices to Syria are lower than Lebanon, whether from Russia or Romania, although the shipping distance is the same, which indicates the purchase of lower classes of wheat compared to Lebanon. 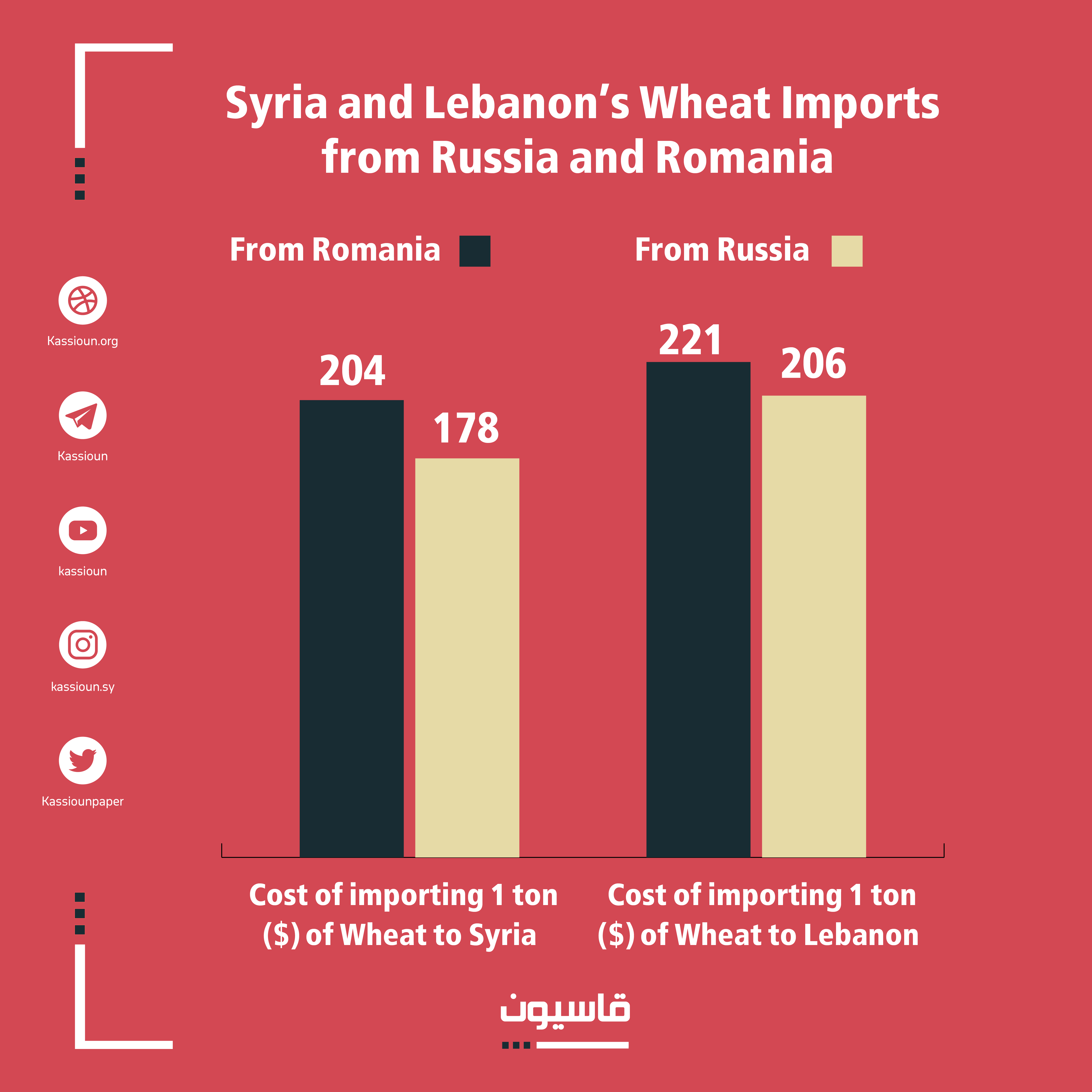 Yet again, we should say that bypassing sanctions is possible, by having contracts for direct importing between governments at international prices, and in currencies other than the dollar. The international money system will not be able to punish the Russian government, for example, because it supplies wheat to Syria, at the time it supplies arms, aid, etc. Nor the Chinese government for agreeing to a contract with the Syrian government to supply the basics. However, such a procedure is like a “severe blockade” of the domestic system of plundering and corruption that does not want to “lose its livelihood” that it earns through the plundering made possible by the sanctions, and also does not want to sever its connection with the Western money system despite everything that has happened.

arrow_forward A Preliminary Opinion on the (Preliminary) Kurdish-Kurdish Agreement Politics as Fraud and as a Struggle ... The Position from Washington, as an Example arrow_back