“Monetary Subsidies”: A Code That Means Eliminating Subsidies for Syrians

The country’s decision makers continue to direct successive strikes to what has remained from the system of “social subsidies” under various pretexts and slogans that actually aim for the gradual and accelerated elimination of these subsidies.  This threatens to push millions of new Syrian citizens into hunger and poverty, and to sail fleeing from the country’s inferno.

Despite the continuous affirmations of the State media that “there is no gradual or sudden lifting of subsidies”, what was previously speculation became official statements by the Ministry of Internal Trade and Consumer Protection in a radio interview last week. The Ministry affirmed that it was “studying” what it called “the Project of Substituting Subsidies through the Smart Card with a Specified Amount of Money”, and that this “project” is currently under discussion between the Economic Team and the Council of Ministers. The Prime Ministry has also set the basis of this talk in mid-January of this year, announcing its efforts to “restructure subsidies by turning them into the formula of monetary subsidies that are allocated directly to the eligible persons”, justifying this on the pretext of “reducing potential areas of corruption by reducing the profits that opportunists can receive”. 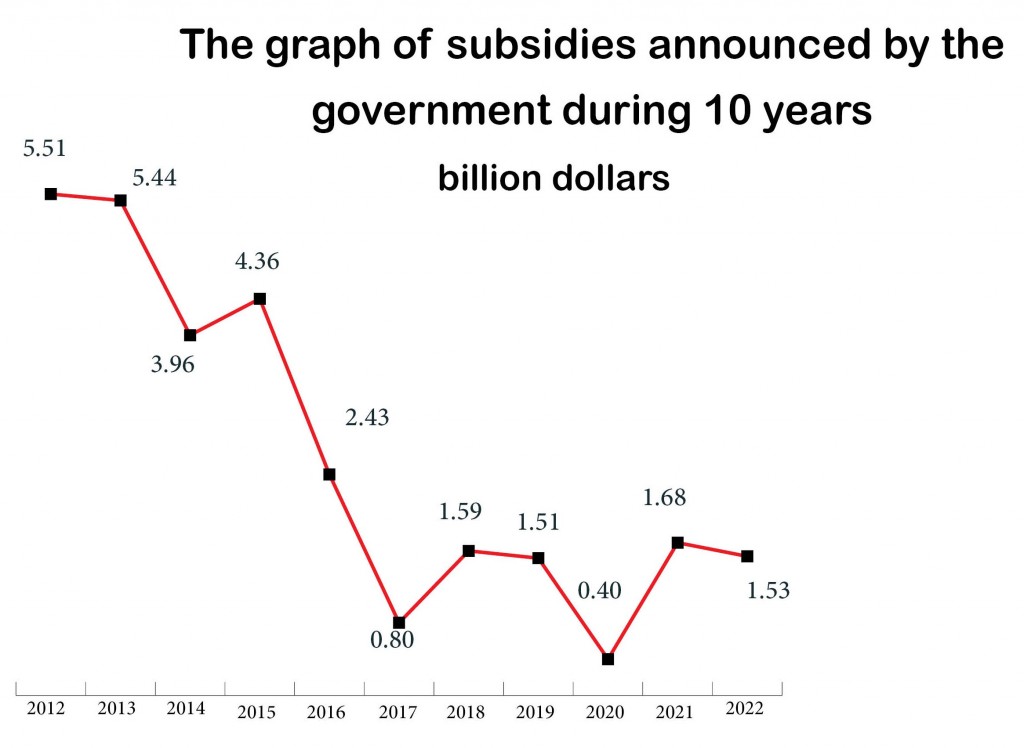 Why are There Government Subsidies?

As we have mentioned on many occasions previously, subsidies first reflect the imbalance in the relationship between the wages that people receive and their average living costs that are necessary to renew their workforce. The idea of subsidies is mainly the result of implicit recognition from the State apparatus that the wages it pays for workers cannot cover necessary living costs. Hence, the State intervenes in an attempt to fill the gap or at least part of it. Subsidies are also considered an indication of an imbalance in the distribution of the GDP between profits and wages, as the balance in Syria leans decisively and exceptionally towards profit-earners (in 2016 for example, the GDP was distributed as 89% for profit-earners and only 11% for wage earners, which is a gap that must have widened further during the subsequent years where plunder and wage erosion intensified).

From Consumption Subsidies to Monetary “Subsidies”

The current subsidies in Syria in their largest part in theory are consumption subsidies, i.e., the government allocates part of its annual financial budget to reduce the prices of specific commodities and services. The calculations of previous years show how these subsidies have been eroding annually, as the estimated figures of the subsidies’ bill (i.e., the figures the government declares it will spend, without necessarily actually spending them) have fallen from about $5.5 billion in 2012 to nearly $1.5 billion in 2022. In a series of erosion of subsidies, the last of which was lifting subsidies for about 3 million Syrian citizens in the beginning of this year, the talk today about substituting these subsidies with monetary subsidies means that the government is tending towards liberalizing the prices of commodities in the country (i.e., doubling their prices multiple times in exchange for a sum of money added as “compensation” to wages). One does not need to be much cleverness to realize what that means. Liberalizing prices without liberalizing wages (i.e. guaranteeing that wages can cover living costs) and without linking wages to changing prices in the market (i.e., having a monthly or quarterly variable index that guarantees balance between wages and living costs continuously), without these two conditions, there will be no other explanation for the “project” of converting subsidies into monetary subsidies than that it is a vast step towards completely lifting subsidies, especially since, according to the experiences of other countries, this was the last step before subsidies were lifted completely.

Inflation and Erosion of Subsidies

Most likely, there will not come a day where the elimination of subsidies will be officially announced, as this announcement is not necessary for plunderers if it was actually possible to eliminate subsidies. The step of converting subsidies into monetary subsidies will enable the government to easily eliminate them whenever it wanted to. More importantly, the value of the sum of monetary subsidies in itself will quickly fade when it will no longer be able to keep up with the inflation, which will accelerate in parallel with the liberalization of the prices of commodities. Here, we go back to the main idea of the subject of lifting subsidies to ask: What does it mean when the imbalance between wages and living expenses remain and subsidies are lifted? What does this mean other than reducing the value of the actual wages of Syrians, alongside the additional social risks that lie in the wounds of those who remain in the country? And for what? To secure savings in the State’s treasury? 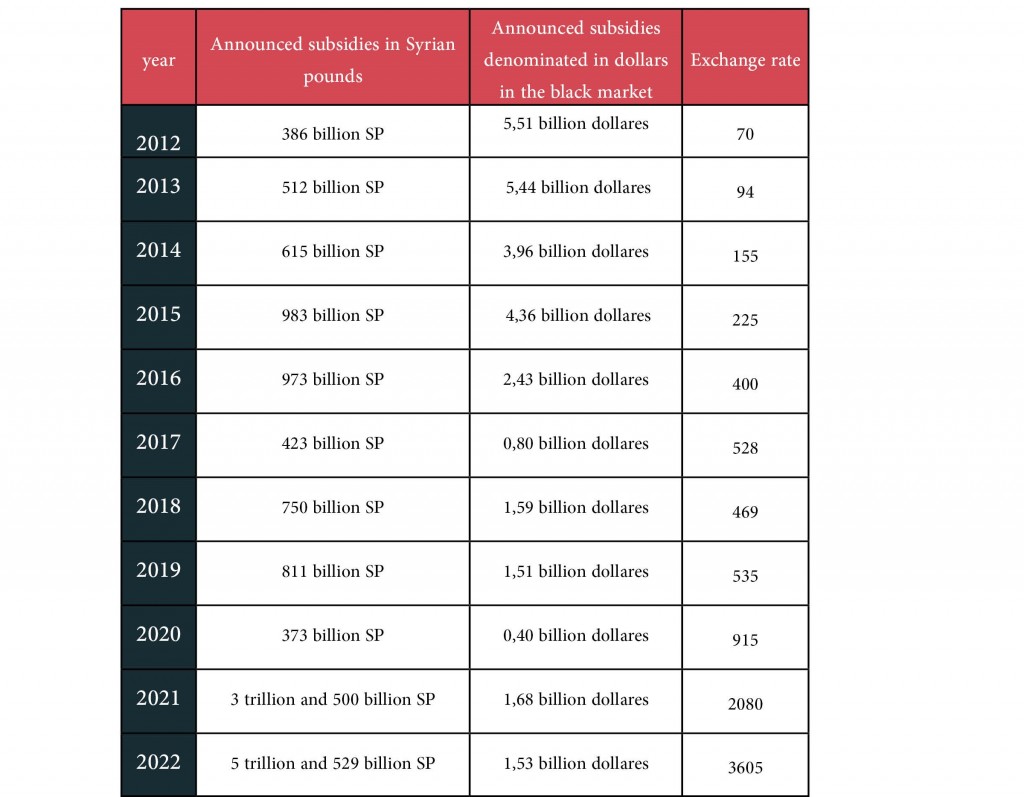 Resources and the Sanctity of the Pockets of Significant Persons

There was almost no government statement without repeating the refrain that says that lifting subsidies (under the names of rationalizing them and restructuring them, etc.) is a step that aims to secure additional resources in the State’s treasury, as well as recalling the high bill of subsidies that increases the budget’s deficiency. In this context, we must re-ask the question: Who is responsible for the State’s budget deficiency? Do citizens hold the responsibility for this or government policies that have wasted the State’s revenue resources in every way possible? Moreover, it has liquidated various sectors of national production such as industry, agriculture, and tourism, and has pushed the national currency towards a rapid downfall due to the policies that have only taken into account the interests of significant plunderers in the country, whose pockets should be sources of additional revenue for the State, not the pockets of citizens who are fighting to barely secure the minimum necessities for their survival.